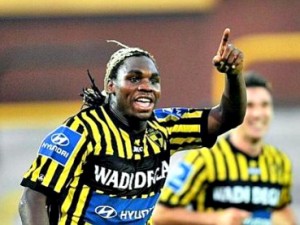 Torino have completed the signing of Belgian winger Dolly Menga on loan from Lierse S.K, whilst striker Gianluca Sansone has left the club to sign for Sampdoria.

19 year old Menga began his career at Standard Liege, but after failing to break into the first team, the Belgian under 21 international moved on to Sint-Truiden and then to Lierse. Despite being predominately left footed, Menga usually plays on the right wing - and he has scored two goals in twenty appearances this season.

It was a busy day at the club on Friday evening, as striker Gianluca Sansone left the club to join Sampdoria on a co-ownership deal. After signing from Sassuolo in the summer, Sansone struggled to become a regular in the Torino starting eleven, and he only managed to score one goal - against Napoli in November.