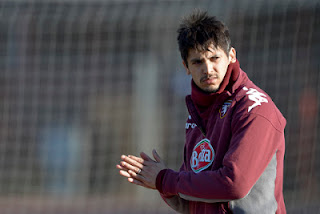 Torino have made their first signing of the January transfer window as Brazilian striker Paulo Vitor Barreto arrives on a co-ownership deal from Udinese.

Barreto made his name under Giampiero Ventura at Bari three seasons ago when he scored an impressive 14 goals in 31 Serie A appearances. However, his form has dropped since that impressive campaign, and he has not scored a top flight goal since November 7th 2010 - although to be fair, he has suffered a number of injuries in the intervening period.

So whilst it is undoubtedly a risky signing, and it may not be a long term solution to Torino's striking problems, if Barreto can stay fit and even re-capture some of the form that he displayed at Bari, then he could be a key player for the Granata in the second half of the season.