Torino have re-signed Cesare Bovo from Genoa on a permanent contract, and the experienced defender will likely be the replacement for Angelo Ogbonna whose move to Juventus is almost imminent. 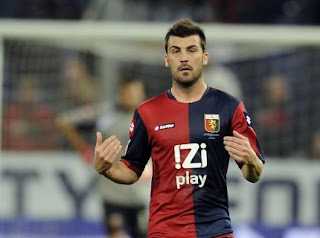 Bovo previously signed for Torino on loan in January 2007, and despite only making seven appearances, he helped the Granata avoid relegation. In other transfer news, Matteo Brighi, who impressed whilst on loan at the club last season has signed on a permanent contract, and Salvatore Masiello has also renewed his contract.