Twenty years after their last victory against city rivals Juventus go into tomorrow's Derby Della Mole against the bianconeri as clear underdogs.

But this is arguably the best Granata team within those twenty years, undoubtedly so in the decade that I have been a supporter.

Whilst this Toro squad does not have the individual talents of an Alessio Cerci or a Ciro Immobile as they did last season, they have the team spirit and grinta which has Toro fans dreaming of finally beating their hated rivals.

They came close in the reverse fixture at the Juventus Stadium back in November, after Bruno Peres' sensational equaliser, it was Torino who had the better chances to claim a historic victory. However, in the third minute of injury time, Andrea Pirlo struck from long range to break Granata hearts.

Despite that setback, it has been an excellent season to be a Toro fan. League victories at the San Siro and at home to Napoli combined with European successes in Copenhagen, Bilbao and at home to Zenit will live long in the memories of Torino supporters.

But a derby victory would top all of those successes.

The home side come into the game in reasonable form, unbeaten in their last five matches and they can welcome back the tricky Omar El Kaddouri to the squad.

Juve have had a busy week after making it through to the semi finals of the Champions League after a 1-0 aggregate victory over Monaco on Wednesday. Turin born midfielder Claudio Marchisio will miss the game through suspension, whilst Angelo Ogbonna who has yet to feature against his former side, should once again miss out. 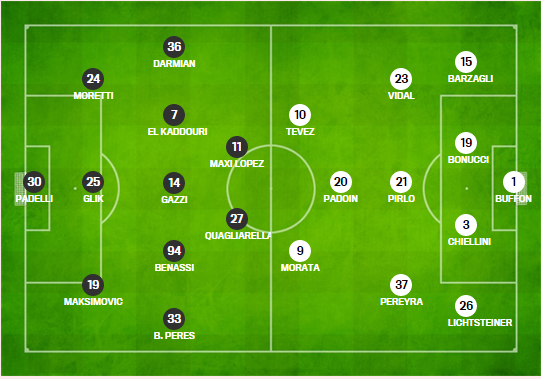