Torino have added to their squad ahead of the coming season by completing the signings of Roma duo Iago Falque and Adem Ljajić.

Spanish winger Falque has joined on an initial season long loan deal, although Toro will have the option to make that permanent at the end of next season.

Former Fiorentina winger Ljajić, who has worked with Toro coach Siniša Mihajlović at both the Viola and the Serbian national team has joined on a permanent deal for a club record fee.

Welcome to the club Iago and Adem! 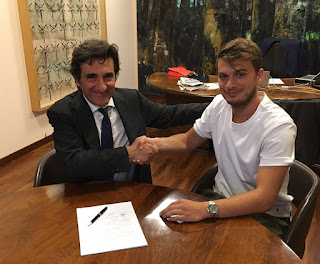 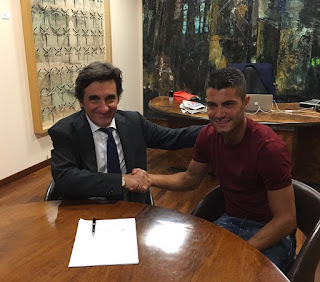 Email ThisBlogThis!Share to TwitterShare to FacebookShare to Pinterest
Labels: Season 2016/2017

Torino captain Kamil Glik has left the club to join French side Monaco on a four year deal for an initial fee of €11 million.

Glik joined Toro from Palermo five years ago and the committed central defender has enjoyed a number of memorable moments wearing the Granata shirt.

The Polish international was part of the squad who gained promotion to Serie A in the 2011/12 season. In the following campaign, despite receiving red cards in both fixtures against Juventus, his committed performances endeared him to the Torino supporters.

After the departure of Rolando Bianchi, Glik became Toro's first non-Italian captain since 1960 and under his leadership the Granata finished 7th in the league and qualified for Europe. The 2014-2015 season was arguably Glik's best with the club as he scored eight goals whilst also contributing defensively to memorable victories against Athletic Bilbao and Juventus.

Glik struggled to find his best form for Toro in the last season, but that could certainly be said for a number of Torino players, as the club endured an inconsistent campaign. However, Glik was one of Poland's best performers at Euro 2016, and helped his country to the the quarter finals before being eliminated on penalties by Portgual.

This move will give Glik a chance to play in the Champions League, although Monaco will have to progress through the qualifying rounds in order to reach the group stages.

Glik has posted a farewell message to the Toro fans on the official website which can be found here.

Grazie Kamil!
Posted by Torino Blogger at 20:30 No comments: