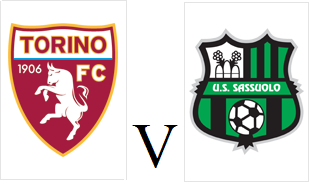 Torino will conclude their 2016/17  Serie A season with a home fixture against Sassuolo at the Stadio. Grande Torino on Sunday evening.

The Granata will either finish 9th or 10th in Sinisa Mihajlovic's debut season, a campaign which promised much initially,  but an inability to keep clean sheets ruined Toro's hopes of European qualification. In fact, Toro's last clean sheet was actually against Sassuolo back in January.

Adem Ljajic is suspended so Toro may revert back to a 4-3-3 formation, whilst Joe Hart will almost certainly be playing his last game for the club as his loan deal expires at the end of this game.

Sassuolo have won three of their last five games and are looking for a top 10 finish for a second consecutive season.