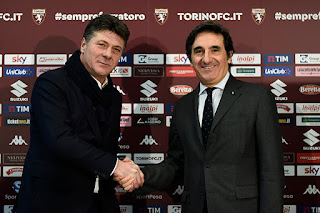 This was confirmed on Thursday morning, as Mihajlovic paid the price for a disappointing first half of the season. Whilst from the outside, the sacking may appear to be harsh, especially considering the fact that Toro have only lost four league games all season - to Juventus, Napoli, Roma and Fiorentina.

However, the Granata have only won five games, as they have suffered far too many draws - including disappointing stalemates with Hellas Verona and SPAL despite taking a 2-0 lead in each game. Toro are currently in 10th place, 5pts off 6th - the final guaranteed position for Europa League qualification.

Mihajlovic was appointed Torino manager in May 2016, and in his first season in charge achieved some notable results early on, including an impressive win against Roma. However, the Granata stalled in the second half of the campaign and finished the season in 9th place.

One of the main criticisms of Mihajlovic's reign as Torino's coach was their defensive record, as Toro conceded an incredible sixty-six goals in thirty-eight league games last season. The defence has improved this season, but Torino still have a negative goal difference of -2.

Another criticism of Mihajlovic related to his tactical nous, as Toro were often involved in matches where the midfield was clearly being outnumbered. However, the Serbian coach rarely made changes to try and rectify this.

On Thursday, Mihajlovic's replacement was confirmed, as Walter Mazzarri signed a contract until 2020.

Mazzarri achieved success at both Reggina and Sampdoria before getting his 'big break' at Napoli in the 2009-10 season. Under Mazzarri, Napoli qualified for the Champions League, won the Coppa Italia and achieved their highest league finish (2nd) in over 20 years.

The Tuscan tactician was unable to replicate that success in his next two jobs, at Inter, and also last season at Watford in the Premier League.

However, Urbano Cairo hopes that he can be the man to help a talented squad live up to their potential, and perhaps even qualify for the Europa League which was their target at the start of the season.